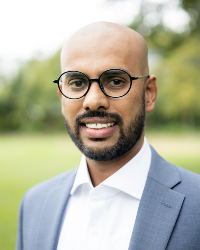 Sasikumar S. Sundaram is a Lecturer in the Department of International Politics at City, University of London. His research focuses on three broad areas. The first is International Politics of the Global South, and particularly the foreign and security policy challenges of India, Brazil, and China in the management of international order. His second area of interest is in critical approaches to war, and particularly in the development of norms of Artificial Intelligence, Cybersecurity, and rules of Geopolitics in the international system. His third area of interest is in International Relations theories looking at it from the perspective of relational and pragmatic approaches to theorizing agency in world politics.

He is currently finishing a book manuscript, Rhetorical Powers and International Order: India, Brazil, and China in Power Politics (forthcoming with Columbia University Press), on the varieties of realpolitik engagements of Global South states.

Clash of Narratives on Geopolitics-Cybersecurity Linkage: Examining the West in Sino-Indian Rivalry

Clash of narratives between states is an important strategic problem forpolitical actors intersecting at the domestic and international levels.Research on narratives in International Relations (IR) provides an importantstarting point to examine the clash of narrative problem in foreign andsecurity policies. However, the scholarship has not paid sufficient attentionto Global South narratives imbricated in the legacies of Western empire anddeep historical entanglement and discontentment that shapes the plot and itsreception by audiences. We know less about the debates between Global Southnarratives and why some dominant narrative there achieves hegemony and how itthen clashes with other dominant narratives from other part of the world,particularly the so-called Western narratives. Building on existing scholarshipon narratives in IR, this article introduces a novel theoretical addition thatshows interconnected-discontentment rhetoric as constitutive link in theprocess. The central premise is that the rhetorical practices through whichsome narratives become hegemonic between Global South states has importantimplication on how it clashes with dominant narratives in the West. The clashof narratives is contingent on how actors deploy rhetoric to expressdiscontentment in the interconnected world. By using cybersecurity narrativesin India, the patterns of rhetorical unfolding in the Sino-Indian rivalry thatclashes with the Western narrative on the rise of China, this article bringsempirical account as plausibility probe into the theoretical mechanisms. Such athinking has important implications for recognizing the interconnection betweenthe West and the non-West in the clash of narratives.