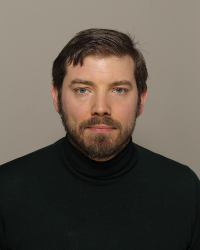 Rogier Creemers is an assistant professor in the Law and Governance of China at Leiden University. His research, funded by the Netherlands Organization for Scientific Research and the Dutch Ministry of Foreign Affairs, focuses on the law and policy of China’s digitisation process, as well as its growing international role.

Securitization is usually a subjective process. The identification of risks and harms depends on actors’ reference narratives, which structure their perspective on the world. This, in turn, has a significant impact terminology within given fields, as different actors may understand and define them in different ways. Furthermore, they are embedded in a country’s self-assessment of its relative strengths and weaknesses. Researchers thus need to pay greater attention to the context-specific meanings terms have in different places.

This paper will address the development of China’s perception on cybersecurity. Drawing on over a decade’s worth of policy documents, leadership speeches and semi-official sources, it traces the emergence and evolution of cybersecurity-related parameters. These include, amongst others, potential targets vulnerable to cybersecurity risks, how such risks could be exploited by adversaries, and the undesired consequences that might entail. They also include possible solutions in technical, regulatory and diplomatic areas.

Over the past decade, China has built cybersecurity institutions and policies from the ground up, issued a cybersecurity law, become an active participant in international cyber governance and norm-setting processes, and built up its domestic cybersecurity protection capabilities. These efforts serve to protect China’s ambitions to introduce digital technologies in economic and social life, as well as the state. On the other hand, they reflect China’s rapidly strengthening national security posture, particularly in relation to tensions with the United States.

Yet China’s reading of cybersecurity is different from the West’s, which focuses on unauthorized intrusion into network systems. China’s reading is aimed at harms inflicted through the use of networks, whether hacking is used or not. Moreover, China’s relative latecomer status as a digital player has influenced its cybersecurity perceptions in comparison to Western countries that continue to lead in digital capabilities. Unifying these two strands, the paper argues that China’s cybersecurity buildup reflects the Leninist logic of the Chinese Party-state.