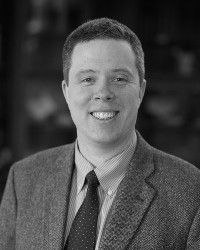 Mark Raymond (@ProfMarkRaymond) is the Wick Cary Associate Professor of International Relations and the Director of the Cyber Governance and Policy Center at the University of Oklahoma. He is the author of Social Practices of Rule-Making in World Politics (Oxford University Press, 2019). His work appears in various academic journals including International Theory, the Journal of Global Security Studies, Strategic Studies Quarterly, The Cyber Defense Review, the UC Davis Law Review, the Journal of Current Southeast Asian Affairs, and the Georgetown Journal of International Affairs. He was a Senior Advisor with the United States Cyberspace Solarium Commission, and testified before the United Nations Commission on Science and Technology for Development.

Stacie E. Goddard and Daniel H. Nexon have called for a more ontologically expansive conception of what counts as power politics. They position their proposed framework in contrast to the realist reduction of power politics to the balance of material power and power transitions (conceptualized as changes in the systemic distribution of material power resources). While such concerns remain important to international politics, there are excellent reasons to believe that limiting our conception of power politics in this way omits essential parts of the story, as Goddard and Nexon demonstrate. The International Relations literature routinely treats cybersecurity as a matter of power politics, but has thus far largely adopted conventional theoretical frameworks rooted in hegemonic stability theory, offense-defense balance, deterrence, strategic stability and the likelihood of crisis escalation. While valuable, these contributions do not fully capture the power politics in contemporary global cybersecurity policy. Other research has examined the linguistic depiction of cyberspace and of cybersecurity threats, as well as the nature and evolution of cybersecurity norms and institutions. This work incorporates questions of power, but to date has not made the power politics of the international system a central concern.

Taking the call for a new research program on power politics as a starting point, we outline a notion of rule-making and interpretation as power political in nature. This approach is consistent with constructivist analyses of power and with existing constructivist scholarship. We argue that the power politics of rule-making, interpretation and application can take at least two forms. The first is a more modest attempt to alter minor and more regulative rules within an international order, in ways that advantage some actors more than others. The second is a more far-reaching attempt to contest the basic foundational or constitutive pillars of an order. The two forms are not mutually exclusive, as any attempt to contest constitutive pillars of an international order will necessarily have a variety of (intended and unintended) distributional consequences, including by means of alterations in more minor and regulative rules. However, they can nevertheless be distinguished, since some efforts at rule-making simply do not intend that kind of fundamental change even though they remain power political in nature. Crucially, both types crucially implicate narratives, in that rule-making is a necessarily discursive and social activity.