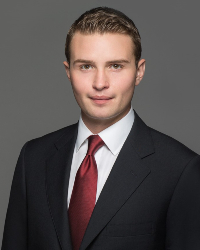 Dr. George E. Bogden is a Strategy & Policy Fellow, funded by the Smith Richardson Foundation, a Senior Visiting Researcher at Bard College, and the Helmut Schmidt Fellow at the German Marshall Fund of the United States. He previously served as an inaugural Senior Fellow at the Hungary Foundation, in residence in Budapest, as well as the first Associate Director of the Center for the Future of Liberal Society at the Hudson Institute. Dr. Bogden’s commentary has appeared in the Wall Street Journal, GMFUS’s Paper Series, The American Interest, The Wavell Room, Presidential Studies Quarterly, and the Marine Corps University Press. Before defending his dissertation, he undertook a Fulbright Fellowship in Kosovo. Dr. Bogden’s research has been recognized by the Brussels Forum Young Writers Award and the Trench Gascoigne Essay Contest. After earning his B.A. from Yale, he served as the university’s Joseph C. Fox Fellow in Istanbul. 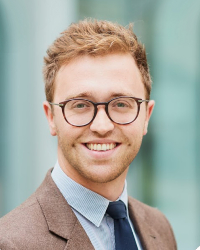 Maarten Toelen is a strategy consultant at Gartner, with previous experience in the Cyber (HWPCI) and Hybrid (HWPERCHT) Working Parties of the Council of the EU and PwC’s Crisis Management and Resilience Practice. He is also an active reserve officer in the Ministry of Defence, dealing with NATO/EU matters. Academically, Maarten holds an LL.M. in European Law from Leiden University, a Master’s in EU External Relations & Security Policy from the Vrije Universiteit Brussel (VUB), and a Master’s in International Security & Contemporary War from King’s College London. 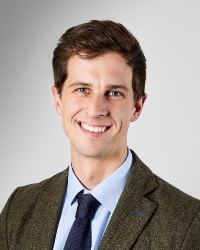 Arthur de Liedekerke is a Project Manager at political advisory Rasmussen Global and a non-resident fellow at the Institute for Security Policy at Kiel University (ISPK), Germany. He has previous experience advising senior officials in the French Ministry for the Armed Forces and the institutions of the European Union (Commission and Parliament) on security and defense matters. He holds two masters' degrees – in international relations from the University of Maastricht and in geopolitics from King’s College London.

In Lieu of Codification: Grotian ‘Temperamenta,’ Cyber Norms, and the Recurring Failure of Treaties

The authors propose a reimagination of the process of elaborating binding norms of international law in cyberspace. They suggest a heuristic informed by Hugo Grotius’s concept of “temperamenta.” This concept, which occupies the last 150 pages of De Jure Belli ac Pacis aims to induce a long-term influence of moral claims—for Grotius, from sources such as natural law—to exert influence on the behavior of States for the common good. Although the discourse surrounding the influence of such claims on international law has changed significantly in intervening centuries, the insights provided by the “miracle of Holland”—that it is better to permit temporary injustices than to condemn the law to futility—may illuminate a path toward the identification of accepted and binding norms in cyberspace. The pattern of tempered obligations, reduced rights, protecting indefensible parties, and mollified harshness demonstrate implicit determinations. Certain acts, which appear criminal in light of prior legal frameworks, have escaped sanction by the community of states, given that they cannot individually and lack the will collectively to bar the conduct in question, at least for the present. Our argument stems from the intuition that the desire of Nations to seek such normative cover—justifying action or inaction in the face of cyber incursions—itself reveals an impulse that promises eventual progress toward greater fealty to legal norms in state behavior. The framework Grotius puts forward, we argue, is based on the belief that articulating a utopian, codified ideal for international behavior will ultimately stunt rather than provoke change. These realities are underscored by the divergent reasons that Western states and their competitors hesitate to advance codification.