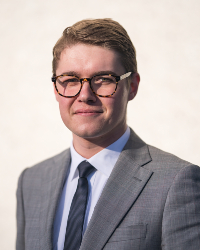 Callum Harvey is an independent cyber policy researcher based in Canberra, Australia. He holds an Honours degree in Communication and Media, and undergraduate degrees in international relations and digital media, from the University of Wollongong, Australia. He has previously worked as a researcher with the Harris Cyber Policy Initiative at the University of Chicago and has served on the Youth Advisory Council for the United States Consulate General in Sydney, Australia. Callum’s main areas of research interest are the role of memes in information warfare, and the state-like nature of cyber actors in the international system.

Previous cyber policy literature and commentary has identified major multinational software and social media companies as norms entrepreneurs or governing bodies in cyberspace. This paper examines a broad “state-like turn” in the literate that likens cyber actors to states through a range of comparative frameworks. It does so by building on an overall understanding of cyber statecraft, the use of technology to achieve strategic ends, as something not done by states alone. The paper analyses three comparative frames by which cyber actors are compared to states. The first, and most popular, compares cyber actors to states based on size – if Facebook, for example, is large, and states are large, Facebook must therefore be a state. The second offers a comparison of cyber actor to states by virtue of their being almost states or “semi-states”, much like the mercantile maritime actors of the Age of Discovery. The final frame, that of the “net state”, conceptualises cyber actors as being similar to yet distinct from states, based on their ability to shape relations with other actors in a social cyberspace. This article establishes that that of the three frames, the most effective is that which construes cyber actors as distinct from yet similar to states, through its combination of analysis of human and non-human actors and its attempt to liberate discussions of cyber actors from the challenge posed by multinational companies and non-state actors to contemporary international relations theory.