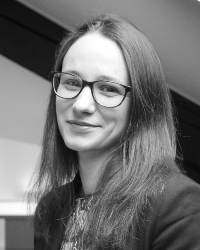 Aude Géry is a post-doctoral fellow at GEODE, a research and training center on the geopolitics of the datasphere hosted at the University of Paris 8. Her research focuses on the international regulation of digital space and more particularly on the external legal policies of States, multilateralism in the field of ICTs in the context of international security and the normative issues flowing from the adoption of instruments on digital issues. Her thesis was awarded the thesis prize of the French branch of the International Law Association and the third thesis prize of the IHEDN and a special mention for the Léon Bourgeois Award. She is one of the co-chairs of the Committee on Digital Challenges for International Law for the 150 anniversary of the International Law Association.

States’ Discourses on International Law and Cyberoperations: A Lot of Noise for Nothing?

The development of information and communication technologies (ICTs) has brought tremendous social, political and economic opportunities for our societies, making ICTs an indispensable tool to achieve the U.N. Sustainable Development Goals.  At the same time, the number and sophistication of cyberattacks, whether conducted by States or non-state actors, keep increasing. As a consequence, cyber threats are putting all aspects of our societies at risk, preventing us from facing future crisis, and making it one of the most urgent issues for international peace and security.