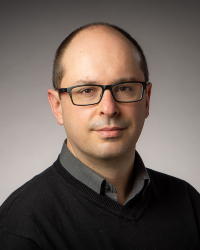 Andre Barrinha is a Senior Lecturer in International Relations at the University of Bath and a Leverhulme Trust Research Fellow (2019-2022). His work is published in journals such as International Affairs, Third World Quarterly, and JCMS. He is one the authors of International Relations Now and Then (Routledge, 2nd ed.). In 2019, he received with Thomas Renard the Best Article in Global Affairs Award for a piece on cyber-diplomacy and the English School. 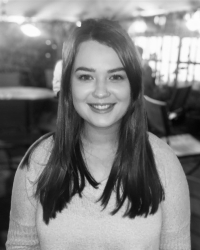 Rebecca Turner is a first year Ph.D. candidate within the Cyber Security Centre for Doctoral Training (TIPS-at-Scale) at the University of Bristol and the University of Bath, focusing on issues pertaining to Trust, Identity, Privacy and Security from a social science perspective. Her research project is to focus on cyber policy and risk governance, particularly in relation to the role of non-state actors and public-private cooperation in International Security. Her wider interests include offensive cyber, cyber-diplomacy and cyber law. She holds a B.A. in History from Swansea University and an M.A. in International Relations from the University of Bath.

From responsible state behaviour to the regulation of criminal activity: strategic narratives in the cyber-domain

This paper explores the discursive continuities and discontinuities between the Open Ended Working Group (OEWG) on ICTs in International Security (2018-21) and the Ad Hoc Committee to Elaborate a Comprehensive International Convention on Countering the Use of Information and Communications Technologies for Criminal Purposes. It does so by exploring the strategic narratives (Miskimmon, O’Loughlin and Roselle, 2017) embedded in the official statements of some of the main actors in the cyber-domain. By doing so it will help problematise the institutional assumption that discussions around responsible state behaviour can, in practice, be separated from those on cyber-crime.

To address this issue, the paper will draw on all the written statements of nine different actors issued during the first OEWG and the Ad Hoc Committee: European Union, Australia, Canada, Russia, China, Iran, Brazil, India and South Africa. These actors were selected due to the central role they play in cyberspace discussions, but also in line with the assumption that discussions in the field tend to be divided along three fundamental lines – the Western like-minded liberals, the autocrats, and the ‘swing states’ – with each group using international fora to reassert their worldviews.

These strategic narratives – ‘means by which political actors attempt to construct a shared meaning of the past, present, and future of international politics to shape the behavior of domestic and international actors’ (Miskimmon, O’Loughlin and Roselle, 2017, p. 6) – will be analysed in order to understand whether these actors articulate distinct system, identity and policy stories (the three main forms of strategic narratives) depending on the forum – OEWG and Ad Hoc Committee – or whether they offer a constant set of narratives regardless of it.