Russia and Ukraine: Framing the War 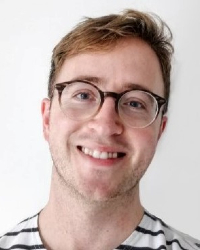 Aiden Hoyle is a PhD Candidate with the Department of Psychology, University of Amsterdam; TNO (Netherlands Organization for Applied Scientific Research); and the Netherlands Defence Academy. His research relates to understanding the psychological responses triggered by malign information influence.

He has published on the use of strategic narratives by Russian state-sponsored media, and the possible psychological effects that these can elicit. 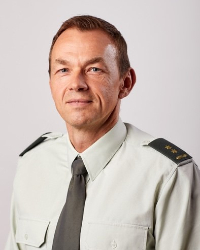 Peter B.M.J. Pijpers, PhD is an Army Colonel (GS). He is an Associate Professor of Cyber Operations at the Netherlands Defence Academy and a researcher at the Amsterdam Centre for International Law (ACIL), University of Amsterdam. The main focus of his research is related to the legal and cognitive dimension of influence operations in cyberspace, below the threshold of the use of force.

Dr Pijpers has co-authored numerous articles on the legal aspect of cyber deterrence, armed attack and collective defence in cyberspace, parliamentary decision-making on cyber operations, the notion of cyber operations and how influence operations work.

Stemming the narrative flow: the legal and psychological grounding for the European Union’s ban on Russian state-sponsored media

On March 2nd 2022, in response to malign and anti-Western narratives surrounding the Russian invasion of Ukraine, the Council of the European Union legally banned two Russian state-sponsored media outlets, RT and Sputnik, within EU borders. The decision of the Council divided opinion. While the ban indeed limits the reach of these Russian ‘organs of influence’, it also infringes on fundamental human rights within the EU. It is therefore pertinent to scrutinise if the benefit of prohibiting the Kremlin’s antagonistic narration is worth the sacrifice of impeding fundamental principles of democracy. How proportional and how necessary is the ban? The current article assesses these questions from a psychological and legal perspective. It argues that while the decision to ban RT and Sputnik is legally sound, the justification for the decision would benefit from a more elaborate explanation of the balance between different colliding fundamental rights. Moreover, instead of a blanket ban, a less stringent and more nuanced approach could be more appropriate, affording the ability to appropriately sanction RT and Sputnik while remaining proportional and mitigating a possible backfire effect.